What can the Tories and Labour offer the design industry?

Our website uses cookies to improve your user experience. If you continue browsing, we assume that you consent to our use of cookies. More information can be found in our Cookies Policy and Privacy Policy .
Culture secretary Nadine Dorries and Labour leader Keir Starmer both took to the stage at Creative Coalition to set out their vision for the creative industries.
For the last two days, Creative UK (formerly the Creative Industries Federation and Creative England) has hosted the Creative Coalition Festival. This year marks the second edition of the event, with the first having taken place in 2020 – just weeks before the outbreak of the COVID-19 pandemic in the UK.

Attendees of the online festival have been treated to a number of high-profile speakers so far: among the line-up has been Line of Duty writer Jed Mercurio, V&A East director Dr Gus Casely-Hayford, lead UsTwo designer Emily Brown and BBC director of creative diversity June Sarpong.

But perhaps the most important speakers of this year’s event have been culture secretary Nadine Dorries and Labour leader Keir Starmer. Dorries gave a short pre-recorded opening speech to attendees on the first day of the festival; meanwhile Starmer gave a lengthier keynote talk on the second day, followed by a short Q&A.

Both politicians offered up a view of their vision for the UK’s creative industries. Here is a breakdown of what they said:

The last twelve months have seen a prolonged attack on creative education, with budget cuts approved for creative university courses deemed “not of strategic importance” by the government. Dorries spoke for significantly less time than Starmer, but what she did say skirted around the issue of creative arts education. The closest she got to discussing education at all was a mention of Hogwarts.

When questioned on the topic, Starmer said creative education teaches many of the skills currently most valued and most needed in the UK’s workforce. Comprehension of a task, problem-solving and teamwork were among those pointed out.

Starmer admitted there is a “huge amount” Labour can do here to support creative education – and pointed to a programme being run by former education secretary David Blunkett which will interrogate what really needs to be on the UK’s curriculum to ensure children are well prepared to leave school. Proper education where these gaps are filled, he said, would also help to plug the skills shortage problem currently experienced across the UK work force.

One of Dorries’ biggest points was the government’s support of the creative sector during the COVID-19 pandemic. “We stepped in during the pandemic – at a time when every single industry was crying out for our help – and took the unprecedented decision to spend £2bn of emergency rescue funds to protect our arts and culture,” she pointed out.

Looking forward, she said the creative industries were “at the heart” of the Tories’ recovery plan. Dorries also announced for the first time the government’s intention to provide “close to £50m” to support the UK’s creative businesses – including £18m for the as-yet undefined Creative Scale-Up programme.

The Labour leader offered his own evidence of the party’s support for the arts, mentioning how the last Labour government presided over the opening of Tate Modern in 2000, the Eden Project in 2001 and MediaCityUK in 2006 among others. He also mentioned the damning statistic that there has been a 20% cut in government funding for the Arts Council in real terms in twelve years of Tory rule.

While Starmer said he was unable to make funding commitments in his speech, he said he and shadow chancellor Rachel Rizal belief the creative industry is a huge “economic driver” and should be funded as such. Right now, he said, the economy is stuck in a “high tax, low growth” cycle – turning this around will have to include funding creatives, he said.

Dorries said “improving accessibility” to the creative arts is a “clear personal priority” of hers. “We have to do better at making sure that people from deprived backgrounds instinctively feel that the creative industries are for them, too,” she said.

Not a lot was said by Dorries in terms of how the government plans to follow through with these plans. In many ways this issue is tied to education, which Dorries didn’t touch on during her speech. The Levelling Up white paper does pledge to offer £20m through the Youth Futures Foundation to “break down barriers and improve accessibility into employment” for young people from disadvantaged backgrounds, though there is no arts-specific provision for this.

Starmer offered a similar opinion on accessibility, saying there are at present “too many barriers” preventing access to the arts. He acknowledged that accessibility is an issue with its roots in a “far too narrow” education system and curriculum.

To fix this, he said Labour would look to revamp apprenticeships – making more of them and more flexible at the same time – as well as improve access to careers education, work experience and extracurricular skills which would all help to bridge the gap for those coming from disadvantaged backgrounds. 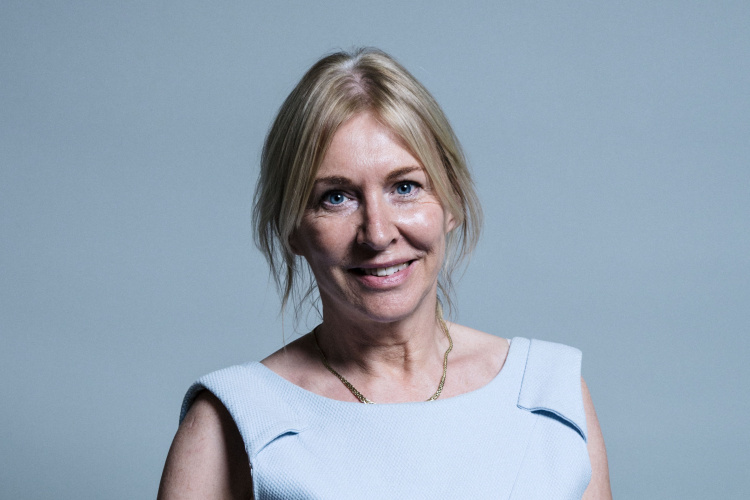 It may have been due to the speaking slot she had been given but Dorries didn’t say much on the subject of worker protections. She mentioned wanting to “protect the people” who work in the creative sector, but didn’t go into detail as to how. There are no mentions of similar commitments in the Levelling Up white paper. This is likely frustrating to many, given how precarious the work of many in the creative industry is – even without the pandemic to contend with.

In line with Labour’s wider stance on worker protections, Starmer reiterated some of the party’s current commitments: a minimum wage of £10 an hour, full workers’ rights from day one of employment, a complete ban of zero-hours contracts and an increase to Statutory Sick Pay. This will likely benefit more junior designers and creatives, should it come to pass.

On the subject of freelancers, Starmer made further promises. He noted there was “more [they] could do” in helping freelancers with Statutory Sick Pay, pensions and other circumstances to which they are “uniquely exposed” to. In a bid to provoke a conversation, Starmer committed to meeting with Creative UK’s 16 Freelance Champions to find out more about how Labour can support this section of the UK workforce.

Starmer and Dorries both signed off their addresses by doubling down on the importance of the creative industries for the UK – both took the angle of how creativity and the arts benefits the country on an economic level. Some commenters on both live streams suggested the politicians were missing the point by only considering the monetary benefits of creativity.

For those looking for concrete promises from the Conservatives on how the party will look to support the arts, Dorries speech didn’t give much. However, the suggestion of the Creative Industries Vision being published by the summer is something to look towards.

As for Starmer, his creative vision did come complete with a set of measurable targets and actions – but it remains to be seen how these will unfold.

What are your thoughts on the parties’ visions for the arts in the UK? Let us know in the comments below…


The redesigned Belgian passport features famous faces on a series of international adventures as well as tighter security measures.
Learn about our new award, take a look at the categories and find out how to enter.
Everyday stamps, which are known as “definitive stamps”, have changed very little since the design was introduced in 1967.
Surreal resists the clichés of the cereal aisle, with a series of “off-beat” visuals and multi-purpose mascot.
Copyright © 2022 Centaur Media plc and / or its subsidiaries and licensors. All rights reserved.
built by interconnect/it
Xeim Limited, Registered in England and Wales with number 05243851
Registered office at Floor M, 10 York Road, London, SE1 7ND