This folding charger concept is designed to reduce electronic waste

Our website uses cookies to improve your user experience. If you continue browsing, we assume that you consent to our use of cookies. More information can be found in our Cookies Policy and Privacy Policy .
Blond’s Fold charger seeks to make people more aware of their tech products’ environmental impact.
London-based design studio Blond has revealed a folding charger concept, which aims to address the growing problem of electronic waste in the tech industry.

People could repair and upgrade the multi-purpose charger, named Fold, instead of simply throwing it away when it became useless. Charger disposal is a significant problem. According to the European Commission, 11,000 tonnes of electronic waste is created by old and unused chargers every year. 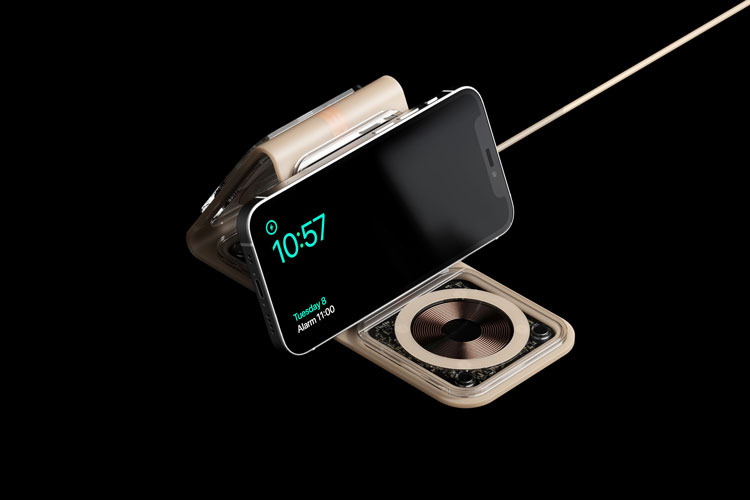 Avoiding planned obsolescence – products designed to become quickly obsolete – is a priority if the tech industry is going to become more sustainable, explains Blond founder and creative director James Melia. “There are always going to be components that do need to get upgraded, as technology is going to move on relentlessly,” he says.

Fold is positioned as a more adaptable alternative to traditional chargers, allowing three products to be charged at the same time. The device, a configurable series of casings and mat, charges wirelessly, and just needs to be plugged into a power source. 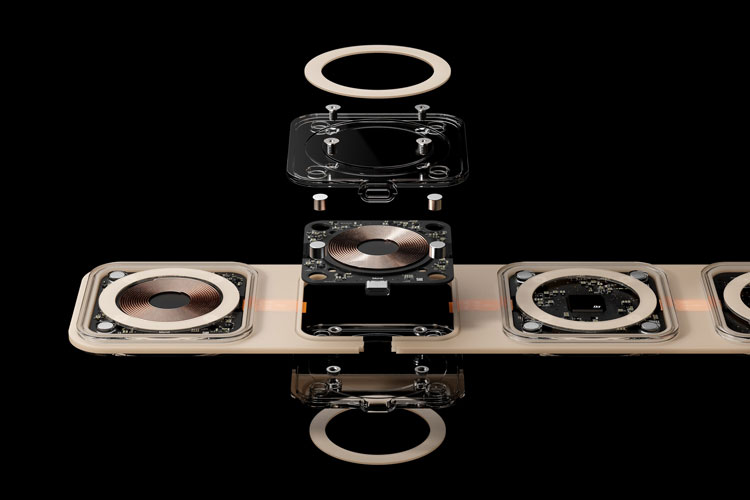 Whether charging a mobile phone or headphone carrier case, Fold aims to cater to the ever-increasing and ever-changing needs of products across brands, Melia explains.

It was partly inspired by a holiday the designer took with his partner, where they had to bring multiple chargers for all their products. “I was looking at all these chargers lying around the hotel room and thought, ‘We could just bring one folding-out charger’,” he says. 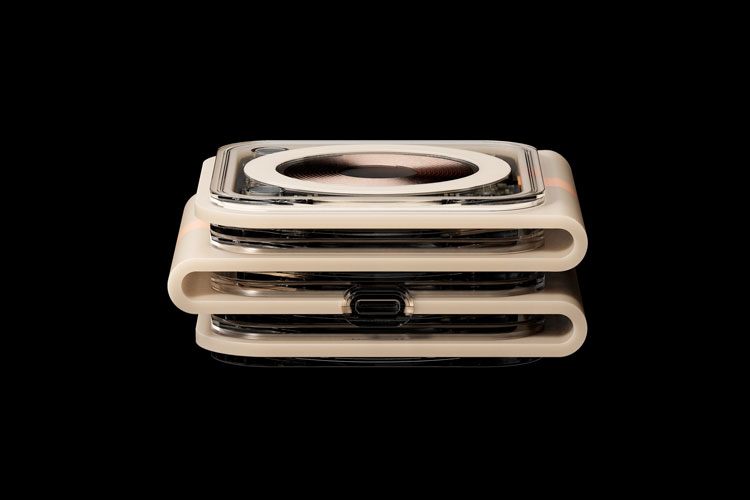 The ability to upgrade Fold in line with technology advances was one of the driving forces behind the project. Each product would come with a mini screwdriver so that users could change parts themselves, Melia explains.

Blond also considered the wider ecosystem around this. The packaging is designed so that people can send back parts and receive new ones; it has compartments to accommodate broken or outdated systems. Replacements could be sent back in that same packaging too.

Though a handful of companies use a similar system – such as modular mobile provider Fairphone – this system would need developing. Melia envisions an online presence where people could buy different component parts as and when needed. Hopefully this would prompt a shift in consumer habits. Fold would provide what Melia calls a “skeletal form” which could be configured according to changing needs. 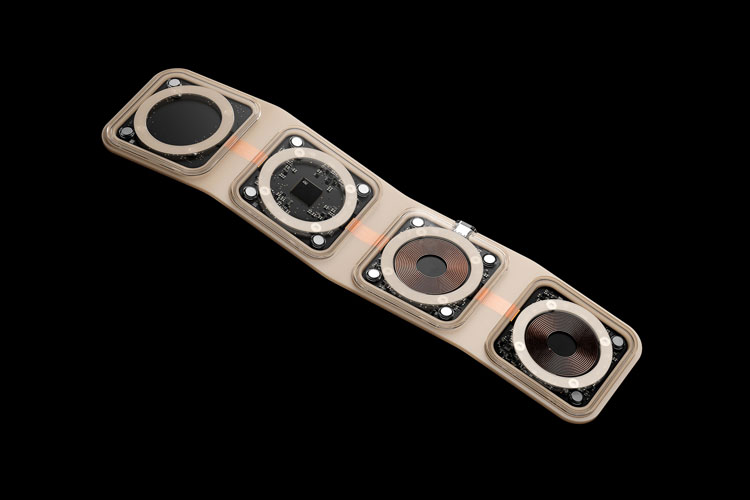 Though it’s a concept, Melia and his team have thought about what kind of materials could be used for such a product. “There’s always a balance between having something which is fully recycled and recyclable,” he says. If it were made from a recycled material however, the longevity would decrease as plastic quality would be lower.

While a recycled plastic could be used, in this scenario he believes a virgin polymer would be stronger, adding to the product’s longevity and promoting reusability.

The casing is mostly either translucent or transparent. These stripped-back choices were about making consumers more aware of what’s actually inside the product, according to Melia. “It’s just making people aware of seeing the amount of technology and engineering, and obviously the impact on the environment if it were thrown away,” he says.

If the product were to be manufactured, opaque colourways could always be adopted (which might be more in line with consumers’ taste) but at this stage, the transparent material helps drive home the message, Melia explains.

Although Fold is a concept, the design team has thought about what it would take to bring it to fruition. While the exact design process would require at least a year’s worth of development, Melia points out that every part of the product is manufacturable. Inevitably, it would need support from an established brand, the designer explains. He adds: “It’s a long process, but it’s been designed with manufacturing in mind.”


Elmwood has redesigned the international gum brand’s identity, with a focus on its “ding” symbol and pop art-inspired visuals.
Dyson Zone, a set of air-purifying headphones, marks the company’s first steps into audio and wearable technology.
Underexposed’s branding for Fermento contrasts dark and bright tones to evoke a “flourishing probiotic landscape”.
Explore the new Design Climate Action, and Sonic Identities categories alongside all the others and find out how to enter.
Copyright © 2022 Centaur Media plc and / or its subsidiaries and licensors. All rights reserved.
built by interconnect/it
Xeim Limited, Registered in England and Wales with number 05243851
Registered office at Floor M, 10 York Road, London, SE1 7ND