These electric motorbikes are designed to fight poaching in Africa

Our website uses cookies to improve your user experience. If you continue browsing, we assume that you consent to our use of cookies. More information can be found in our Cookies Policy and Privacy Policy .
Swedish electric bike company Cake has found an unexpected niche for its quieter, renewable energy-powered rides.
When Stefan Ytterborn founded electric bike company Cake, he was hoping to create a “zero-emission society”. But a conversation with a mutual acquaintance – who works with conservationists in Africa – led him in another direction.

Rangers had been using combustion engine motorbikes to patrol parks and track down poachers. The main challenges was the reliance on gasoline, which needed to be flown in by helicopter, and the noise of combustion engines. “They’re so loud that the poachers hear them 45 minutes away,” Ytterborn says. “They just pack up their stuff and leave.”

Cake partnered with the Southern African Wildlife College (SAWC) – a conservation institute which works with over 100 national parks across Africa – on developing the site-specific bikes. The designers in Sweden began working with the SAWC to optimise the bikes to the rangers’ needs.

Ytterborn estimates that there were around 60 to 75 points that needed reconsidering for the different terrain and use. Those included the wheels and the chassis, down to more subtle details like how the bikes were sealed.

There are two lines available in the anti-poaching range. The Kalk AP – an “outback patroller” which can reach speeds of up to 90km/h – and the more recent addition Ösa AP, which was designed to carry bulky loads.

The Ösa is available as a motorcycle and a moped, and has a powerbank which can support electric devices and tools. The moped can reach around 50km/h, while the motorcycle can go up to 90km/h. The exterior is reminiscent of classic safari colour palettes – a call back to Jeeps and Land Rovers, Ytterborn explains. 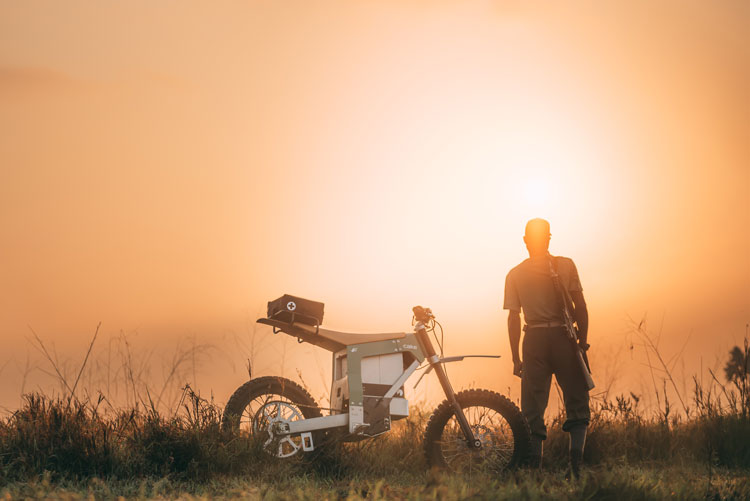 The bikes take around three hours to be fully charged from an empty battery. The Cake team is currently designing around the battery carriers, so that the rangers can swap in spare batteries them on rides. Cake has also provided mobile solar power stations in the field (developed through a partnership with solar power company Goal Zero).

The poachers are confronted with contracts not arrests, explains Ytterborn. When the poachers are caught, they are asked to sign contracts and offered money to stop poaching. “Anti-poaching is not risk free – it’s not unusual that they actually end up being in real-time fire,” he adds. That’s where the acceleration comes into play.

Cake is currently donating the bikes to the SAWC, which works out the best way to distribute them. The bike company also donates 3% of sales from its other bikes to the SAWC – customers who can afford the high price tag are helping to finance the anti-poaching scheme. “The equipment is expensive,” Ytterborn says, though he points out that solar power is ultimately more environment and cost-friendly. There’s also plenty of sunlight available.

So far, the SAWC has received over £250,000 in donations for equipment, which includes ten bikes bikes, batteries and chargining stations. According to Cake, the bikes have “proven very succesful during conservation”, in particular saving protecting species of antelope. 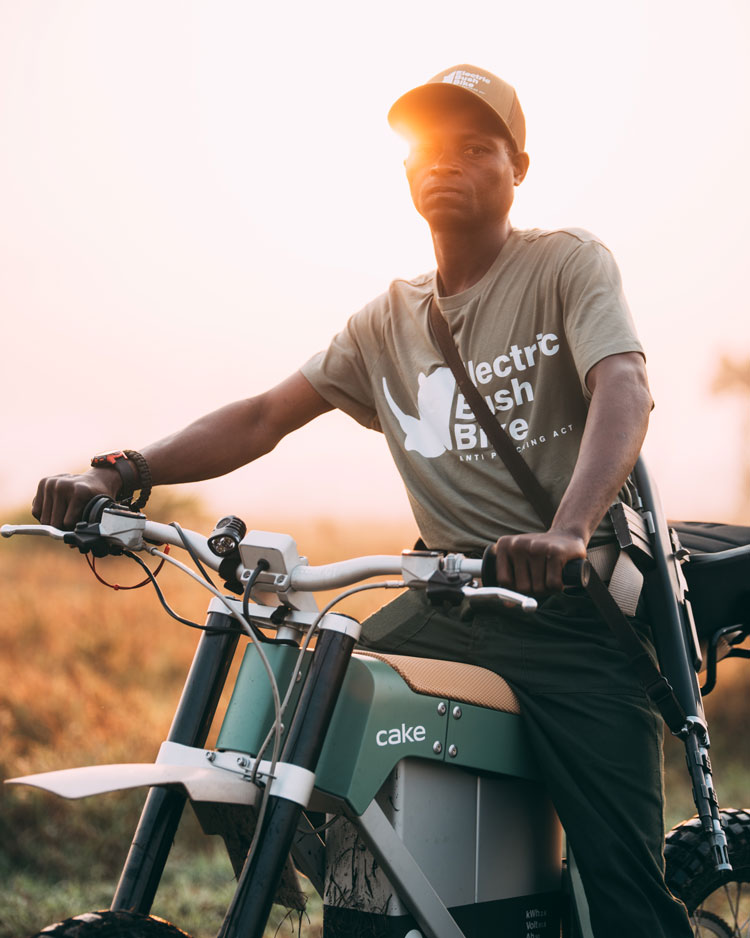 The partnership between Cake and the rangers is constantly evolving, as problems become clearer. One such example are the bikes’ connection points, which are clogging thanks to all the dust. Information about the bikes – such as details on battery usage – is being fed back to Sweden, so that the design team can tweak the software as problems occur.

The bikes are used through the dry season, which typically runs from April to October in South Africa. In rainy season, the land is much harder to drive on – which means that poaching activity also declines, Ytterborn explains. The bikes made their trial run this past autumn, and the fleet will be re-activated in April. He believes that they will need another two years of developing to finetune the product. “We’re putting down the track as we go forward,” Ytterborn adds.

Thanks to the success, the Cake team is already in conversation with people in Australia, India and Pakistan. ”I think there will be a certain measure of customising every time we get into a new region,” Ytterborn adds. “We create a credibility for having our bikes in some of the toughest terrains in the world.”

One area of interest for ebikes – from pushbikes to motorcycle models – is software capabilities, which would clearly be of interest to rangers, who might need tracking or GPS systems. The problem, Ytterborn explains, is the lack of connection in the wildlife areas.

Despite difficulties like these, Ytterborn is enthusiastic about the endeavour. “The beauty here is that solar power, innovation, new technology and new vehicles are actually saving endangered species,” he says. “I feel like this is the future.”


From crystalline logos to innovative venues, we take a look at the distinctive design evolution of the winter games.
Ahead of the publishing of his new book, designer and educator Carl DiSalvo talks about how design can be used to strengthen communities.
Culture secretary Nadine Dorries and Labour leader Keir Starmer both took to the stage at Creative Coalition to set out their vision for the creative industries.
Superunion has designed a trio of characters and idents to mark the return of the return of the “unconventional” channel.
Copyright © 2022 Centaur Media plc and / or its subsidiaries and licensors. All rights reserved.
built by interconnect/it
Xeim Limited, Registered in England and Wales with number 05243851
Registered office at Floor M, 10 York Road, London, SE1 7ND