Designing the brand for new Black-led media company Capital B

Our website uses cookies to improve your user experience. If you continue browsing, we assume that you consent to our use of cookies. More information can be found in our Cookies Policy and Privacy Policy .
Matter Unlimited has branded the new media company, with details which reflect the “diversity of the Black American experience”.
Matter Unlimited has designed the brand identity for new media company Capital B, with visual nods to Black design history.

The brand consultancy, which has offices in New York and San Francisco, is responsible for the identity, strategy, colour and type choices as well as marketing imagery for the new organisation.

Capital B has been launched by former Vox editor-in-chief Vox Lauren Williams and Akoto Ofori-Atta, former managing editor of The Trace, a publication which reports on gun violence in the US. Through a range of bureaus, Capital B will aim to cover national stories, centring Black subjects and audiences.

One of the ambitions behind the project is to address the decline of legacy Black newspapers, which has led to a rise in misinformation among Black communities, according to the studio. As Matter Unlimited managing director Isis Dallis explains, “when people who have been historically and systematically left outside of the primary power structures gain access to accurate, timely and relevant information, the power dynamic shifts.” 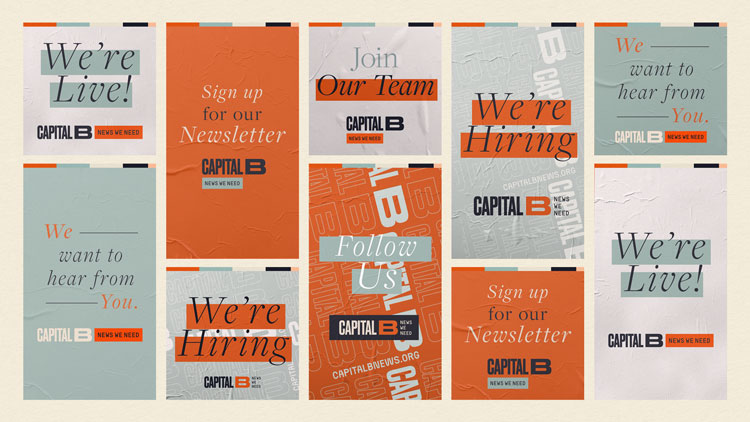 The name is a reference to the rising number of publications that have begun to capitalise the word Black, when used in the context of race. The name itself is a “calling card”, the design team says, while the tagline News We Need hopes to evoke the “purity and urgency” of the organisation’s purpose.

Matter Unlimited design director Frank William Miller Jr explains that many of the visual inspirations for Capital B came from legacy Black publications – Ebony, Jet, Essence and channel Black Entertainment Television (BET). “We were thinking about how those brands showed Black people as the hero in their stories,” he says. “These were some of the first places I’d seen Black people in print.” 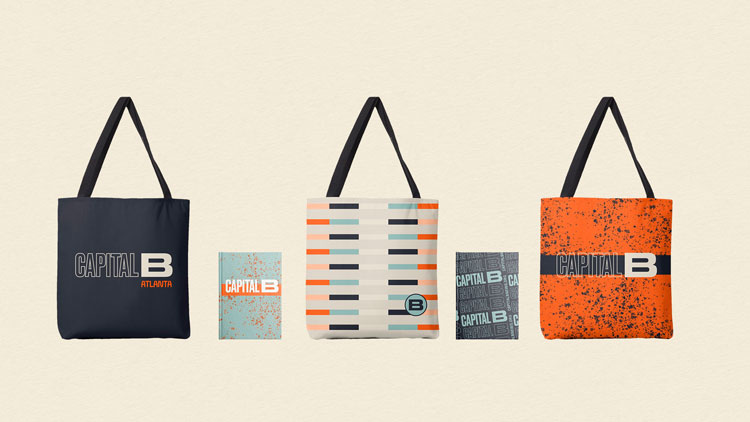 Miller was also inspired by his background in music design, not just record covers but also liner notes. “The thing I love about liner notes is that there’s a lot of dense information that they have to pack into a 12-page booklet,” he says. That challenge was relevant to Capital B: “How do you make that text engaging and make somebody like me – at the time, a 14-year-old kid – want to read those notes more than just listening to the music?”

When designing the identity, the team aimed to reference “small papers that spoke strictly to a Black audience”, Miller says. While keen not to lean too heavily into the area of letterpress style newspapers like the New York Times, the design team did want to give Capital B the freedom to do magazine style editorial spreads “with a sense of prestige”, he adds. The designers thought of Capital B as a brand in motion, according to Miller.

In the wordmark, the ‘B’ appears in bold and wideset, in contrast to the narrow ‘Capital’. This seeks to show how the news company is “taking and holding space”, Miller adds. Throughout the identity this ‘B’ acts as a framing device for different patterns, textures and colour schemes. The designer adds: “Giving the ‘B’ this versatility reflects the dynamism and diversity of the Black American experience and the Black Americans experiencing it.” 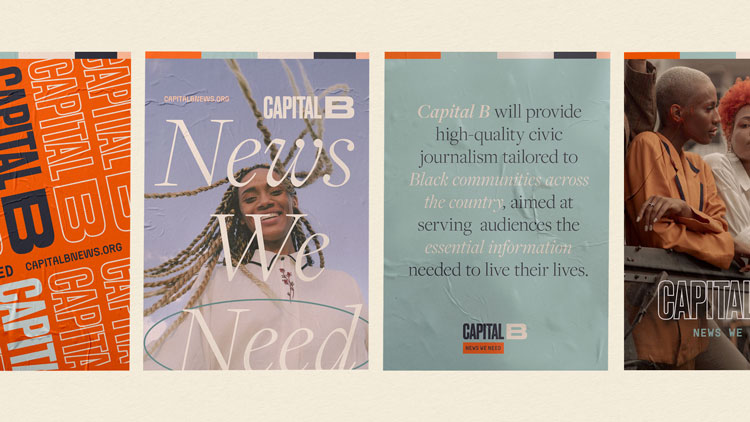 Typefaces were crucial to this project; Capital B had “to be legible and have a little bit of gravitas beyond just looking cool,” he says. Headlines appear in Druk, while Freight Display Pro is used for subheads and pull quotes. The body text is Proxima Nova.

While these typefaces have a consistency needed for a serious news organisation, some also have a cultural significance, Miller explains. Freight Display Pro, for example, was designed by Black typeface designer Joshua Darden. “Not every piece of this project was created by Black people,” Miller says, “but any place where we can make sure that happened, we did.”

The colour palette is purposefully restrained, Miller explains. “I think there’s a lot of temptation to just be as loud as possible,” he says. “But I thought it would have been a misfire to just go with super bright primary colours.”

What do you think of the branding for Capital B? Let us know in the comments below.


Hat-Trick has designed the six-stamp set, which aims to show the diversity of the designers many stamps issued in the 1960s and 1970s.
The new visual identity has been developed by Lippincott and includes the letters ‘NYC’ hidden within a flag.
Featuring some of the biggest names in music, the stage was designed by Devlin to look like five adjoining house parties.
The new look, which includes animation, a logo, website design and photography, aims to help the brand deliver its mission to “change spaces for good”.
Copyright © 2022 Centaur Media plc and / or its subsidiaries and licensors. All rights reserved.
built by interconnect/it
Xeim Limited, Registered in England and Wales with number 05243851
Registered office at Floor M, 10 York Road, London, SE1 7ND