Our website uses cookies to improve your user experience. If you continue browsing, we assume that you consent to our use of cookies. More information can be found in our Cookies Policy and Privacy Policy .
Ahead of the publishing of his new book, designer and educator Carl DiSalvo talks about how design can be used to strengthen communities.
A new book from designer and educator Carl DiSalvo considers why design shouldn’t always look to solve issues and how it can instead enable and empower communities.

In Design as Democratic Enquiry, he looks at the role design can play in a democratic society. Informed by a series of experiments done with the local community surrounding the Georgia Institute of Technology, Atlanta, Georgia, US, where DiSalvo has worked for the last 15 years, the book aims to prompt designers to move their practices away from what he describes as “colonial”.

DiSalvo’s experiments took place over the course of several years, and in constant consultation with his colleagues, students and local community. The process began when representatives from the local community engaged DiSalvo’s department to create a series of tools which could help them collect data on their surrounding built environment.

“In particular, they were interested in dilapidated buildings and empty lots, as these tend to be signs of absentee landlords, delinquent owners and a general lack of city funding,” he explains. The data collected via the tools could then be taken to city officials and used as leverage and proof that more attention needed to be paid to the area.

Among the tools developed by DiSalvo and his team were things like maps and apps, which could help locals collect, process, analyse and visualise data. “We were effectively building prototype after prototype in order to meet the locals’ changing needs,” DiSalvo explains.

While the residents experienced some victories – which could be anything from better lighting to street furniture and bike racks – their needs as stakeholders and what they were coming up against was always changing, meaning that the project is in a constant state of flux.

In this way, DiSalvo says the design process for these experiments was markedly different from most other design projects. “There was never an assumption that we were working towards one fixed and final product,” he says. In the same way, he says democracy is a messy concept itself, with no concrete endpoint.

As the locals decided to change the kind of data they were collecting, the products designed by DiSalvo and team evolved too. Many products and services were scrapped in a heartbeat; others were adapted. He explains: “None of these were failures, and we preferred to think of it as tinkering.”

Problem-solving is a desire that runs deep in many designers, he admits. But showing up to every situation with the belief that a fixed end point can be achieved “positions design as a heroic act”. “The problem of underfunding in this and so many other communities comes down to decades of systemic racism – that’s not going to be solved by an app,” he says.

But just because the whole situation can’t be solved with design doesn’t mean it can’t help, DiSalvo says. “As designers, we felt we had an ongoing commitment to this community to work with them in ways that aren’t definitive,” he explains. 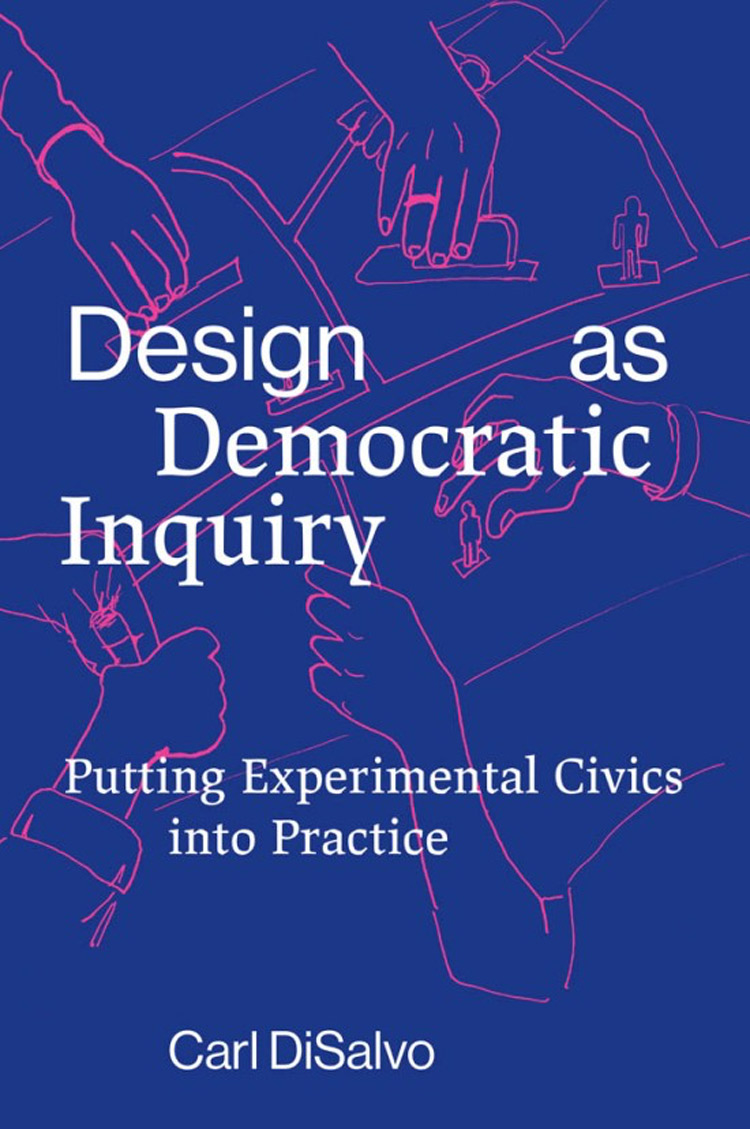 Part of the beauty of DiSalvo’s design experiments with his local community in Atlanta come from how close knit the operation is. As for whether or not he thinks the same processes could be followed elsewhere or in bigger test pools, he says “yes and no”.

Ultimately, he says the principle of what worked in Atlanta could be replicated elsewhere, but the exact experiments themselves could not be as they would not be performed in the same context. “We can do community-based design enquiry anywhere, but everywhere will be different,” he says. “What worked here won’t work in London, or Rio, or Mexico City.”

DiSalvo actively discourages designers from replicating the experiments detailed in his book word for word, saying the idea of “design as a universal method” is rubbish. “People like the idea of a universal design method because it allows them to assert authority wherever they go,” he says. “That’s not what we should be doing – we should be adapting our design processes for every situation we come across.”

Considering design as a tool for democratic inquiry doesn’t always feel natural for designers, DiSalvo says. One of the reasons behind this, he believes, is the deeply embedded connection between design and the market. “Design almost completely defines itself through itself relationship to the market, and how it can produce products, services and outcomes that can be sold,” he says.

The aim of the book is to open designers up to this idea and contribute to the wider conversation around design justice. “I want people to begin to question how we can approach design in a way that recognises there will be disappointment, and that sometimes success is simply a matter of enduring,” he says.

“That way, I think we’ll be able to explore what really is possible living in a democracy.”

Design as Democratic Inquiry is published by MIT Press on 8 February. For more information, head to the publisher’s website.


Superunion has designed a trio of characters and idents to mark the return of the return of the “unconventional” channel.
The redesigned Belgian passport features famous faces on a series of international adventures as well as tighter security measures.
Learn about our new award, take a look at the categories and find out how to enter.
Everyday stamps, which are known as “definitive stamps”, have changed very little since the design was introduced in 1967.
Copyright © 2022 Centaur Media plc and / or its subsidiaries and licensors. All rights reserved.
built by interconnect/it
Xeim Limited, Registered in England and Wales with number 05243851
Registered office at Floor M, 10 York Road, London, SE1 7ND