Looking for some good paradox examples to spice up your writing?

Not sure what paradox really means?

If so, you’re in the right place.

Sometimes it’s easier to understand a literary element when you can see it in action.

That’s why we’ve put together this list of famous paradox examples from literature, films, music, and more.

When you’ve finished reading this post, you’ll be able to define paradox and know how to use it in a way that makes your writing sizzle.

By the strictest of definitions, there are two kinds of paradox.

Take the Liar’s Paradox as an example.

“This statement is false.”

That’s a logical paradox. There is no resolution. It just goes round and round.

Then you have the literary paradox.

When used as a literary device, paradox is more flexible. Writers use paradoxes to make a character or story more dynamic.

Sherlock, as imagined in the hit BBC drama, is often arrogant, selfish, unpleasant, and rude.

But he also shows kindness, empathy, and a desire to help people.

The contrast makes a riveting character.

Logically, it’s not a contradiction for a person to have a mix of good traits and bad. That’s just being human.

So Sherlock Holmes is not a logical paradox, but this seeming contradiction in character qualities provides a literary paradox.

Let’s look at more examples to help you wrap your head around the paradox. 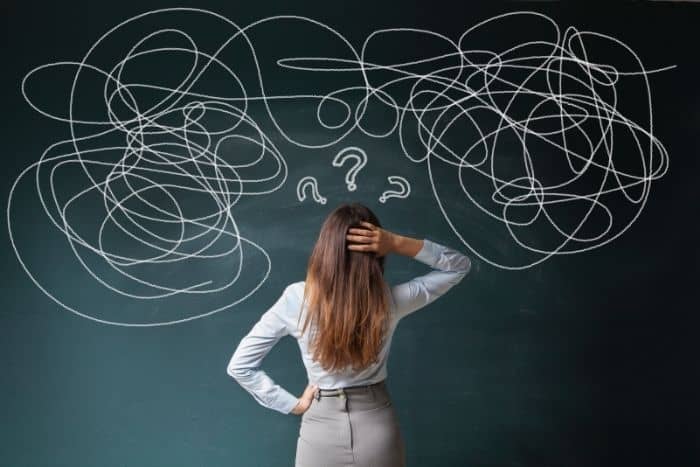 Examples of Paradox in Literature

Hamlet says, “I must be cruel to be kind.”

Hamlet knows this will hurt his mother, now married to Claudius. She’s going to lose a second husband.

In Hamlet’s mind, however, it’s kinder to kill Claudius and avenge his father’s death, rather than let his mother remain married to the man who murdered her husband.

In George Orwell’s Animal Farm, “All animals are created equal, but some are more equal than others.”

Orwell uses paradox to make a political statement about Stalinism and the Soviet Union.

In Catch-22 by Joseph Heller, an American bomber pilot named Yossarian wants to get out of bombing missions by claiming he is crazy.

The military will not let someone medically diagnosed as insane fly planes.

The “catch” is that only a sane man would recognize the dangers of being a fighter pilot.

Because Yossarian can see and analyze the risk, he must be sane. So the military requires him to continue his missions.

Examples of Paradox in Movies 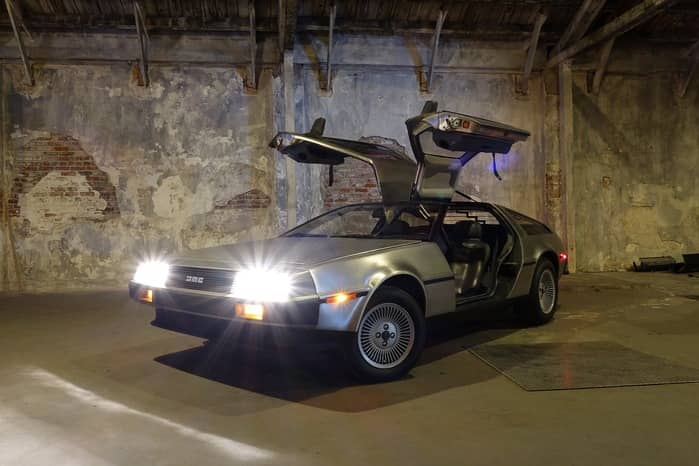 The Terminator is an example of the grandfather paradox.

John sends Kyle to the past to save Sarah from dying. While in the past, Kyle and Sarah have a relationship. Sarah becomes pregnant with John and Kyle is the father.

Then, while still in the past, Kyle dies.

If Kyle died in the past, how was he sent back to the past from the future to save Sarah and become John’s father?

5. Back to the Future

Back to the Future is another example of the grandfather paradox.

Marty McFly goes back to the 1950s and his actions there change his parent’s relationship.

If his parents don’t get together, then Marty is never born.

So how did he travel to the past to change the relationship, preventing his birth, if he never existed?

A less mind-bending example of a paradox is from the movie Scarface.

“Me, I always tell the truth. Even when I lie.”

Tony’s greed and ambition may lead him to do a lot of things, but he doesn’t hide the lengths he’ll go to get what he wants. You always know who Tony is and what he is willing to do.

But others who were equally greedy and ambitious hide behind the veneer of politeness. You think you’re safe with them. But are you?

At least with Tony, you know you need to watch your back.

Other Famous Examples of Paradox 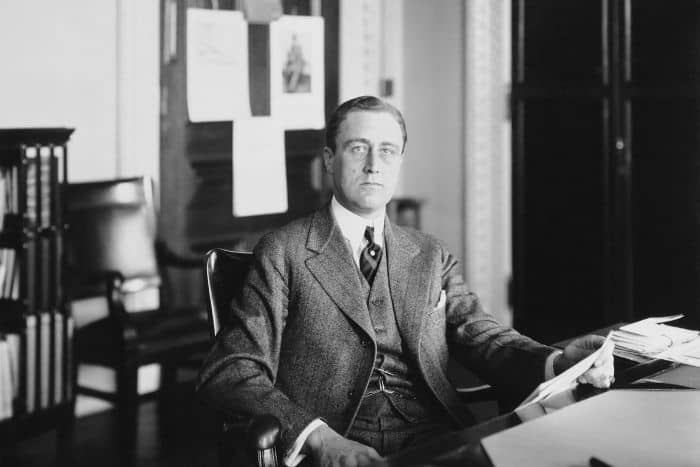 “Life is much too important to be taken seriously.”

Wilde wanted to remind people it’s important for them to enjoy their lives. People should avoid taking themselves too seriously.

“The only thing we have to fear is fear itself.”

FDR wanted listeners to understand that the more afraid you are of something, the more power it has over you. Don’t let fear keep you from taking action.

“You can check out any time, but you can never leave.”

How can you check out of a hotel but never leave?

Don Henley later explained that it was a statement “about the dark underbelly of the American dream and about excess in America.”

Even if you leave Hollywood and your dreams of glamour and fame behind, the seediness of the industry stays with you. 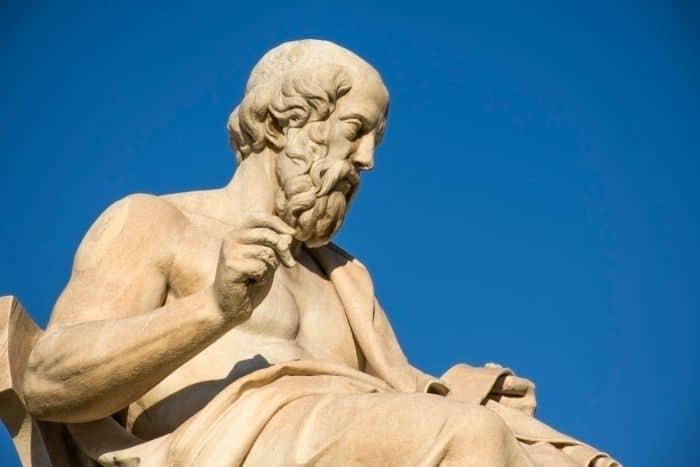 Zeno’s Paradox is the idea that one can never actually reach their destination or goal.

“That which is in locomotion must arrive at the half-way stage before it arrives at the goal.”

Ok, that makes sense. You get halfway done before you finish.

But then you think about it.

If you are walking towards a wall 10 feet away, you must first go 5 feet.

Then you have 5 feet left.

But before you can cover those 5 feet, you have to walk 2.5 feet.

Even though the distances get smaller, there’s always another point between you and your final destination.

Today this isn’t considered a logical paradox. You know it is physically possible to get from point A to point B by walking 10 feet.

But for ancient philosophers, this thought experiment was a point of debate.

If a barber is “one who shaves all those and those only who do not shave themselves,” does the barber shave himself?

The barber cannot shave himself if he only shaves those who don’t shave themselves. If he shaves himself, he’s no longer the barber.

But if he doesn’t shave himself, then he fits into the target market of customers he would shave, so he can shave himself. 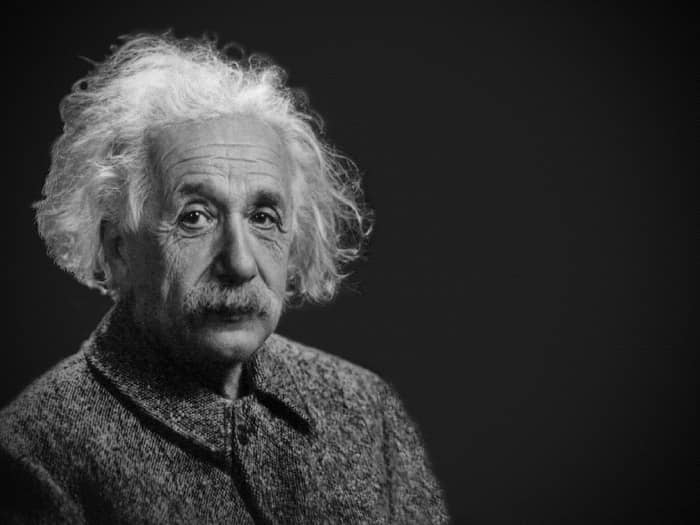 Here’s an example from Astronomy Trek that explains the bootstrap paradox.

A time traveler goes back in time and teaches the theory of relativity to Einstein.

Einstein claims it as his work.

Over the years the work is published multiple times and the original time traveler ends up with a copy.

He goes to Einstein in awe and wants to know how Einstein made this amazing discovery.

You somehow learn that you’re going to die in a train crash. So you decide that you’ll never ride a train.

But years later you’re driving over railroad tracks and your car gets stuck on the tracks. A train crashes into you and you die upon impact.

Because of a train crash.

Your attempts to change your predestined future failed.

Why Use Paradox in Your Writing? 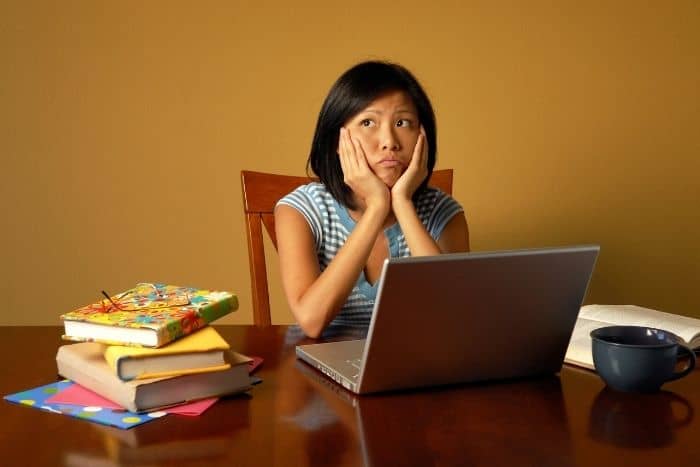 There are four powerful reasons to use paradoxes in your writing.

Now let’s go over some other literary terms often confused with paradox.

While a paradox is a contradictory statement or sentence, an oxymoron is the juxtaposition of two words that contradict each other.

These are all examples of oxymorons. Two words that go together but are contradictory.

A self-fulfilling prophecy is an expectation we have that influences our behavior, making the expectation come true.

You may believe that you are bad at math because of something your third-grade teacher said.

So you never attempted to study math. You’ve decided it’s not worth the trouble. You’re going to fail no matter what you do because you are bad at math.

Because you don’t study, you fail your math exams.

You believed you would fail, and you did. That’s a self-fulfilling prophecy. 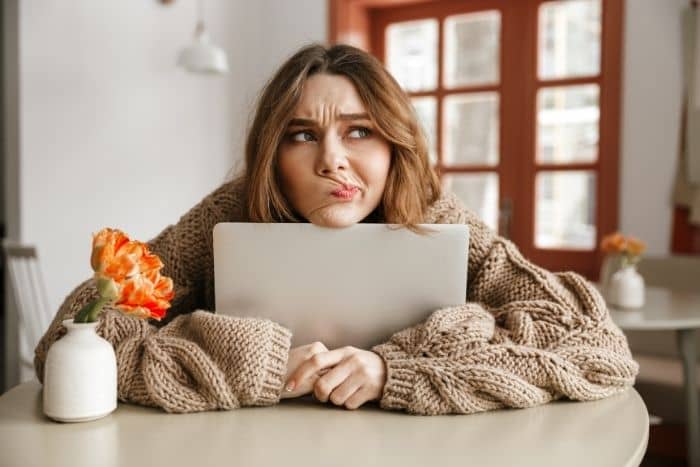 A dilemma is a difficult choice where there is no good answer.

A heart-wrenching example of a dilemma is in the novel Sophie’s Choice.

Interred at Auschwitz during WWII with her two children, her Nazi captors forced the Jewish mother to choose between her children. She had to pick one child to live and one child to die.

Irony is when events happen that are not the expected result.

If you fill your portfolio with writing samples that have grammatical errors, that would be an example of irony.

While all writers make mistakes, a writer who wants to attract clients should showcase their best work.

Juxtaposition is when two or more contrasting elements are paired together.

In Charles Dickens’ A Tale of Two Cities, he opens with:

The contrast of best and worst, wisdom and foolishness set the tone for Dickens’ story.

Antithesis is when you put two similarly structured sentences together and each has different ideas.

When Neil Armstrong said “That’s one small step for a man, one giant leap for mankind,” that is an example of antithesis. A small step and a giant leap are opposite actions.

Now you have a better understanding of what paradox is and how to use it.

Ready to add it to your list of writing skills?

Whether you’re writing witty social media posts or an award-winning contest entry, the paradox is a superb tool for composing powerful work.

Let’s see what you can do!